Four Reasons Why Executives Must Network with Non-Executives 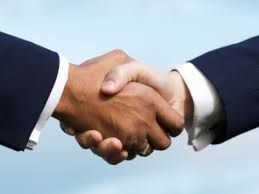 So often I hear company leaders in transition, at networking groups or similar, talk about how they need to meet other C-level leaders or executives for networking purposes, to the exclusion of other "levels".

Example: A candidate I was working with, a manufacturing VP of Operations, said he would not network with anyone lower than a Director, "because the most senior people will have the best connections." I cautioned him that while they'll certainly have great connections, he needed to expand his view.

If you're doing the same thing, it hurts your own search. Here's why:

The VP of Operations? I convinced him to network with everyone from admin, accounting, sales, on up through C-level, you name it. (Secretaries are particularly adept at knowing what's really going on in a company and who the real power players are!) Someone in his expanded network pointed out to him the company where he ultimately landed, and almost three years later he's still there, still loving his job.

And now he's using his network to find people to fill jobs on his team.